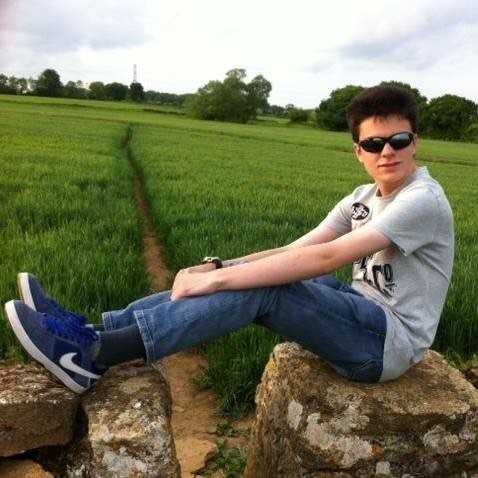 Tell us a little bit about yourself – your work background, your interests…

My name is David and I am 18 years old, and I joined Wiltshire Council in August 2017 shortly after finishing college. Having always lived in Wiltshire it was an exciting opportunity for me to prove myself in a new environment which is a really exciting challenge. When I was at college I studied BTEC IT and Business at Cirencester College in Gloucestershire in which I was only predicted a Merit grade, somehow I managed to come out with a Distinction grade in both subject!

Outside of work and education my main interests are both close to my heart. For as long as I can remember, I have always had a passion for trains and the railway, so I try to make time a couple of times a year to go on heritage railways and enjoy the romance of steam.

My day to day hobby is my computer and Xbox – very 21st century! Gaming is a great way to relax especially after a long day which can sometimes be stressful but always rewarding.

What made you apply for an apprenticeship at Wiltshire Council?

When I left college, I decided university wasn't for me, so I started looking for an apprenticeship.

After a couple of days of looking the apprenticeship technician role came up on the Indeed site so I decided to apply. Shortly after applying I got called to an interview in one of the council depots in Devizes, then got a call about a week later offering me the position.

It took a while to get used to working life, being that this is my first job, but I can honestly say it is the best move I have made in my life so far.

Since starting your apprenticeship, what would you say is the best thing about working at Wiltshire Council, and your job specifically?

Starting an apprenticeship was a huge life-changing move for me, especially being autistic I really didn’t know what to expect. Wiltshire Council is a great place to work, especially because the people make it here, everyone is super friendly and that makes working here a joy.

Working in the Fleet team means that I see a lot of people and the job is pretty special as well. We are responsible for ensuring that all the council vehicles are in working order and also that all the legal paperwork for them is in order, including every employee and every volunteer who drives on behalf on Wiltshire Council which is over 3000 people so it keeps us pretty busy.

Looking after the vehicles also means that we have to pay invoices for all of the work and supplies needed to keep them in working order so invoices are certainly something that as a team we spent a large majority of our time doing to ensure that the council doesn’t grind to a holt.

What’s the best way to start the day?

The best way to start the day is to have breakfast! Personally, I like to have cereal for breakfast as it is good for you, but I will never turn down a good fry up!

Where is the most interesting place you’ve been?

America is a great country and although I have only been once I do plan to go again – maybe to a different part because I would love to see some more.

What was the most memorable gift you’ve received?

I have been very fortunate that I have had many great gifts over the years, but the most memorable was getting my Xbox 360 in 2011!

What song or artist do you like but rarely admit to liking?

The artist that I rarely admit to liking would be George Michael.

He was a true talent and is someone who I really wish I had had the chance to see him perform in concert because I think he is one of the best talents that we as a country have ever produced.

What's the most daring thing you've ever done?

It turned out to be a very rewarding role, the highlights for me were; going into schools to do talks to small groups of students, helping out with open days and even featuring on the cover of the college prospectus.

These tasks helped to boost my confidence and do things which I never even dreamed about when I started.

What are three interesting facts about you?

What is your favourite book or film, and why?

I do also like other film series such as Harry Potter and Formula 1 films but the comedy of National Lampoon makes it my favourite.

What is the first thing you bought with your own money?

I had only just accepted my position here when I decided to buy my PC and although it cost a large amount of money, it was something that I dreamed of doing and am very glad that I did.

What would you say to someone who is thinking of applying for an apprenticeship at Wiltshire Council?

Do it! Don’t think twice about it!

Working for the council is giving me a great start to my working life, the council are extremely supportive of everything that you do and will make sure that you learn in the best working environment possible to work in.

There are several opportunities to do at the council both in the role that you do and outside of it which are certainly worth doing. It is a great way to meet new friends and also discover skills which you didn’t know you had.

Wiltshire Council is certainly the best place to work.